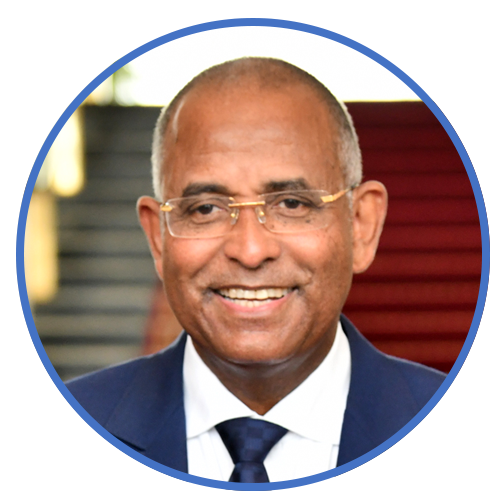 Prime Minister Patrick Achi was appointed to the role of head of Government in March 2021.

Before then, he was Secretary General in the Presidency from January 2017, later being promoted to Minister of State as well. He was also simultaneously Executive Secretary of the National Council for Economic Policy in charge of the 2030 Strategic Plan and the 5-year government program “Côte d’Ivoire Solidaire 2021-2025”

Prior to his role at the Presidency, from October 2000 to December 2016, he served as Minister of Economic Infrastructure. During his 17-year tenure, he oversaw major economic infrastructure projects in relation to roads, water infrastructures, ports, airports, and railways. In 2013, within the framework of the Programme for Infrastructure Development in Africa, Prime Minister Achi was appointed along with three other ministers (as a “Champion Minister”) to pilot the implementation of four priority projects in the Economic Community of West African States.

Before joining the public service, the Prime Minister had 17 years of in-depth experience in the private sector both as an entrepreneur and consultant in strategy and management. In 1992, he started his own consulting firm (Stratégie & Management Consultants) and was involved in many public and private sector projects, such as the cocoa sector reform, the energy sector reform and the public finance management system.

In 1983, he started his career as a consultant with Arthur Andersen in their Paris office. In 1988 he relocated to the Abidjan office and became Director in the Consulting Division covering operations in the Francophone countries of West and Central Africa.

Prime Minister Achi is also politically involved at both the national and regional levels. He is currently an Executive Board member of the ruling party Rassemblement des Houphouëtistes pour la Démocratie et la Paix – RHDP, member of the Ivorian Parliament representing the Department of Adzopé (since 2011) and President of the Regional Council of La Mé (since 2013) in the south-east of Côte d’Ivoire.